We’re a progression guild that aims to complete all the most challenging heroic content in the game while avoiding a lot of the pitfalls encountered by many hardcore guilds. Wiping over and over on progression content can get stressful, so we try to keep raids fun while still getting serious when we need to. We also run a slightly larger roster than the typical hardcore guild, as we find it gives us flexibility in makeup, the slack in roster that allows people to miss a raid occasionally if their life gets busy, and insurance against people quitting the game. Our guild has been around for quite a while and we’ve found this works out very well for us.

Many of our most satisfied raiders are ones who have been in top-tier, five-day-a-week, 100%-attendance hardcore guilds and have decided that getting a boss kill a little earlier isn’t worth the cost to their lives. We all play the game because we find raiding fun, and it makes the time we spend even better if we can do it with people we consider friends. However, we’re still very competitive and we all want to get high-rank kills as each tier comes out.

When it comes to recruiting new members, we’re looking for people that are team players and don’t just have “get the best gear” as their ultimate goal. Our ideal apps realize that loot is just a means to an end, and as part of the guild, our real goal is to work together and overcome all the challenges Blizzard can throw at us while we have fun doing so.

We raid Tuesday through Thursday plus an additional raid day Sunday (as needed during progression). Our raids run from 8 pm to midnight server time (Eastern).

Invites go out at 7:50 so that we can get started right at 8, please be on early enough to take care of anything before the raid.

We distribute loot through an officer loot council. We’ve raided (in this guild and others) with DKP-style systems in the past, and we believe loot council is a better system for the kind of guild Hero is. It’s much less work to keep track of, it allows us some flexibility in handing out loot that a strict set of rules wouldn’t, and we think it reflects the correct attitude to have about loot in this game– we work together as a team, we gear up as a team, and eventually everyone is going to get the gear they need.

That said, we do our best to assign loot based on a number of factors: attendance, performance, attitude, quantity/quality of recently acquired loot, and the size of the upgrade for the slot in question.

When items drop, the master looter will take tells on each item. If you want something, just whisper with a link to what item you’d be replacing. Don’t worry about asking for too many things or anything like that. The loot council will then decide who it makes the most sense for.

Once we’ve decided to try out an applicant, they’re invited to the guild as a Trial Member.

Trials will be worked into our raids as their role’s officers see fit in order to assess their skills. Typically this means starting out on farm content and then at some point seeing how they perform in progression content (if there’s any left).

Some guilds have special loot rules for trial members. We don’t. It’s fairly likely that a raider will win an item they need over a trial member, but it’s certainly not a rule and we will never let loot rot when a trial could use it.

If you’re a trial, it’s highly encouraged to spend some time beyond just raids socializing with the guild– BGs, dungeons (challenge modes?), hanging out on Mumble while doing dailies. Getting along with guildies and having fun together is a big part of being a long-lasting member, and that combined with raiding ability (which is still a priority) is what will really determine if someone is a fit for Hero.

Ultimately we expect all trials to meet the standards we hold for our raiders, and we won’t promote someone unless we’re reasonably confident that they’re what we’re looking for.

We have a number of expectations for our raiders, as they are the representatives of our guild and their actions in and out of raids are what define us as a guild.

Obviously our raiders should be experts at their class and have all their raiding basics handled. Experience in high-end raid content, good reaction times, not standing in fire, etc.

All the raiding skills in the world will not make you a great guild member if you’re also a jerk to everyone you meet. We’re looking for people with an attitude that matches our overall goals, and that includes having fun while raiding, being cooperative, and maintaining a great reputation for our guild. Not to be too threatening, but violating these things can result in removal from the guild at the discretion of the officers.

For any questions on any of this, feel free to contact an officer.

As a guild, we have a number of things we strive for in order to consider ourselves successful.

Wrath of the Lich King

Ulduar- All hard modes, including Algalon and Alone in the Darkness

If you’re interested, you can find out how to submit an application here. Thanks for reading, and we hope to hear from you!

For further information, contact one of our officers in-game or PM one of them via our forums. 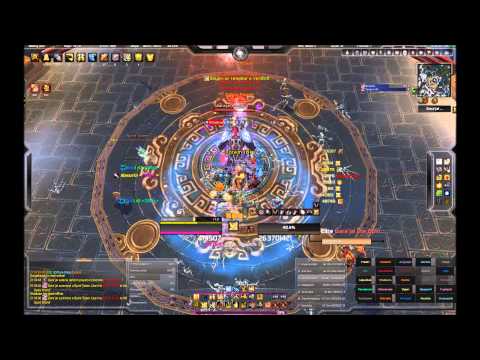